As I mentioned on the Copeland Cousins Facebook Page, our cousin David Wollmershauser recently agreed to take a DNA test to help me learn more about our relationship to each other, and hopefully learn more about our shared ancestor Thomas Copeland (1876-1948). Based on the records available it appears that David and I are half-second cousins (Thomas is great-grandfather to both of us), and David and my father are half-first cousins, once removed. The results of the DNA test show a strong relationship between my dad and David, and a relationship that would be expected of half-second cousins for me and David, thus confirming the story as it appears on paper. David shares six segments of DNA with my dad, or about 1.5% of his total DNA. Because of the unique nature of our relationship, we know that all of these matching segments belong to our ancestor Thomas Copeland (and, of course, his ancestors). It is wonderful to have the confirmation of this relationship between David’s family and mine. 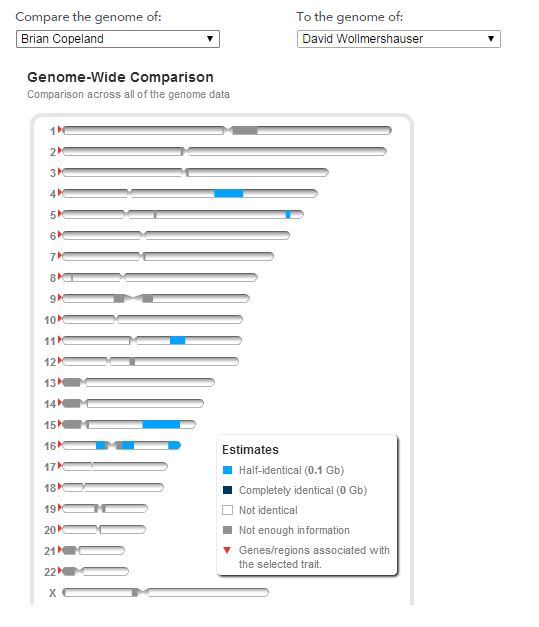 As is the nature of genealogy, at least in my experience, one never receives an answer without also receiving additional questions. David’s test definitively answered the question about whether the Thomas Copeland who married Clara Bunting was the same Thomas Copeland who married Myrtle Crider, but it also answered another question that I have had since taking my own test over a year ago: where did my non-European DNA come from? I have about 2% African and 0.5% Native American DNA, and my dad has over 3% and 0.7%, respectively. We know a lot about his mother’s ancestry, and there were no obvious non-Europeans anywhere on that branch of his family tree. I suspected that my non-European ancestry might have come from the Copeland side, but had no way of knowing…until David’s test results came back.

Based on the percentages of non-European DNA that the three of us carry, the ancestor(s) who contributed it probably lived about 4-5 generations back from the present day, which would be about the level of Thomas’s grandparents or great-grandparents. It is possible that he inherited all of his non-European DNA from one individual, in which case it was most likely NOT from his father George Thomas Copeland. We know this because David carries some African DNA on his X-Chromosome, which has a very specific inheritance pattern that excludes Thomas’s paternal line (see image below, click to enlarge). 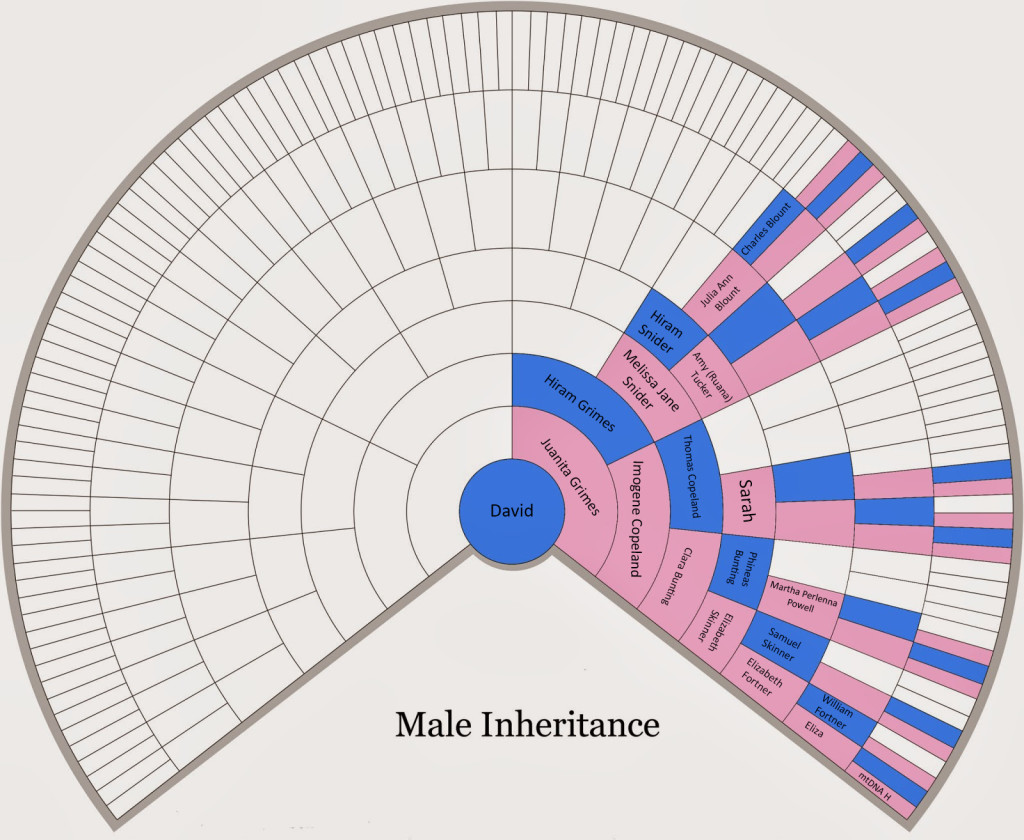 Of course, it is possible that the African DNA on David’s X-Chromosome could be from an ancestor on another branch of his family tree, and not the Copeland line. It is also possible that Thomas inherited some of his non-European DNA from each of his parents, in which case George could still be eligible to have contributed it. Because we do not know who George’s parents were, and we do not know the maiden name of Thomas’s mother Sarah, this is as far as we can go at this point. I will certainly keep you all updated as my research continues.